“Let the voters decide” has a certain immediate appeal. It implies that the will of the people will guide public decisions and create a more just and fair city for all. That’s the idea at least. The reality usually ends up looking a lot messier. To say nothing of the huge structural issues direct democracy has caused for the state as a whole (ahem, Proposition 13).

This year, Proposition B purports to make the planning process more fair by letting the public vote on any project that exceeds existing waterfront height limits. Sounds good, right? No more shady backroom deals! Everyone wins, right? Not quite. First, let’s look at the existing height limits. One of the most popular buildings on the waterfront (and in San Francisco as a whole) currently exceeds the forty foot height limit that exists along most of the waterfront and would not be allowed under current planning regulations: 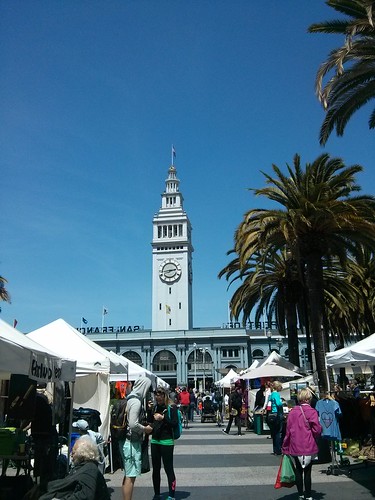 But wait, we can bring the Ferry Building into compliance without going to a vote: 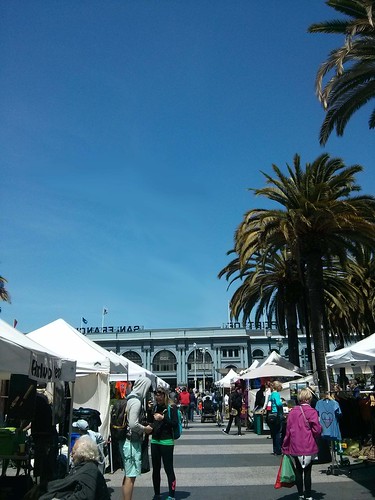 Maybe this seems like a frivolous exercise, but it illustrates the reason why height limits are sometimes exceeded- it makes sense. 40’ is extremely low in an urban area, and most of the waterfront is not so precious that a few taller buildings would make it such a bad place. People often throw out Miami Beach as indicative of the horrible consequences of changing our current 40’ height limits. You know what? Miami Beach’s waterfront is in some ways a much more pleasant place to be than a lot of the Embarcadero, with public access and a surprising lack of huge storage buildings full of parking. Or in other cases, the waterfront is literally surface parking. Perhaps you have heard in campaign literature that the San Francisco Giants want to build high rise condos on land zoned for parks? That’s not quite the case. The Giants have some of the largest surface parking lots in San Francisco that currently take up prime waterfront land which has current height limit of zero. Meaning, without the height limit being exceeded, that “open space” is going to remain surface parking forever instead of turning into housing and a five and half acre park.

Ah, there’s nothing like a little stroll along the waterfront:

Planning at the ballot box doesn’t make sense because the typical voter doesn’t have the time or background to analyze urban design, land use planning, or the tradeoffs involved in various options. A lot of people walk into the voting booth, read the one line description on the ballot, and vote. The current process for exceeding the height limit on a parcel takes years of meetings (public meetings for anyone interested in attending), approval of the Planning Commission, and approval of the Board of Supervisors. Changing a height limit cannot simply be done with an exception to the planning code: it involves rezoning that piece of land at a taller height, and it is not a simple process.

Our current planning process also has a number of public benefits built in. Developers must comply with affordable housing laws (either through a fee or providing on-site units), fees to pay for infrastructure and they are held to public scrutiny at numerous meetings where public comment is collected.

What is Proposition B proposing? Proposition B would require proposed projects to skip the typical approvals process and instead go to a vote of the people. Why does the City’s Planning Department think this is a bad idea? “There is a potential for developers to circumvent required City review and craft subsequent ballot initiatives that combine height phentermine-med increases with other aspects of project approval.”

How often to voters read the full text of things they are voting on? Not very often, I can assure you. Developers could hypothetically skip many steps of project approval by spending enough money to get a project approved at the ballot box without having to comply with all of the other rules that have been put in place to ensure a good outcome for the City and the residents of the area.  The Port has $1.5 billion in unfunded infrastructure needs, and by their own economic analysis Prop B could result in $8.4 billion in “delayed, reduced or lost revenues to the Port Harbor Fund.” Perhaps the Warriors arena wasn’t the best use of Piers 30-32, but nobody else with enough money has stepped up to keep it from falling into the Bay (except for maybe George Lucas).

Depending on the nature of required ballot measures that would evolve from Proposition B, such measures could enable developers to bypass otherwise mandatory environmental review, professional analysis, public response, commission hearings, and legislative review in advance of the election on the project. The layered review and public processes that exist today evolved after decades of vigorous public discourse, planning, and action, some of which is highlighted in our attached letter, resulting in the Port Lands being the most regulated lands in San Francisco. The current review and public process likely would be altered and occur at different chronological periods in the various stages of project approval. (from the San Francisco Planning Department’s analysis of Measure B)

We have a very long and time consuming process for building on the waterfront, and we have a few very rich people who don’t want anything built because it might block a portion of their precious views, and hey, they already got theirs, so who cares about anyone else? While there has been a pretty valiant effort to paint this ballot measure and last year’s ballot measure to block a mid-rise condo building as a rise of progressive voting power in the city, but it’s really about progressives getting played by 1%ers who will do anything to preserve the status quo (and their views of the Ferry Building). Richard and Barbara Stewart, wealthy NIMBYs who live downtown near the Embarcadero, have been writing checks to support both waterfront campaigns, spending $143,750 in support of Proposition B to date (versus less than $50,000 spent by Prop B opponents). They spent nearly half a million dollars last year to defeat the 8 Washington condos that would have risen across the street from the high rise condo complex they already live in. If you’re interested in looking up campaign finance in general, the San Francisco Ethics Commission has a database that is searchable online.

Back in the 1980s the San Francisco Bay Guardian (and others) waged a campaign to stop the Manhattanization of San Francisco. Ballot measures were passed that severely limited the amount of office space that could be built downtown (to less than the area in one building the size of the Transbay Tower per year). How did that work out? Great, if you like San Francisco turning into a bedroom community for suburban office parks, and you like the high-rise hotels that were built instead of commercial office buildings:

There are a lot of unintended consequences of well-intentioned political efforts. The risks of passing Proposition B are too great, and the benefits are far too small (I personally fail to see any benefits to passing it). I’ve already voted NO and mailed my ballot this morning.

30 thoughts on “The Unintended Effects of Direct Democracy: Say “no” to ballot box planning on Proposition B June 3rd.”